Boxing Day...Put on your gloves

I was surprised the other day when I was chatting with one of my American friends about our plans for Boxing day. She had never heard of this holiday.So I thought maybe a few of you may not know what it is either.
So I looked up the proper definition of the day and thought I would share it with you all. 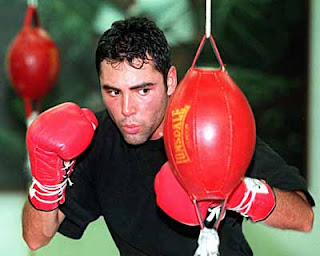 Boxing Day is traditionally a day following Christmas when wealthy people in the United Kingdom would give a box containing a gift to their servants.[1] Today, Boxing Day is better known as a bank or public holiday that occurs on December 26, or the first or second weekday after Christmas Day, depending on national or regional laws. It is observed in the United Kingdom, Australia, Canada, New Zealand, and some other Commonwealth nations.
In Canada, Boxing Day takes place on December 26th and is a federal public holiday.[3] In Ontario, Boxing Day is a statutory holiday where all full-time workers receive time off with pay.[4]
In the United States, where the day is often known simply as "the day after Christmas", business owners give gifts to people who make deliveries. Although the traditional gift is a fifth of Scotch, because fewer people drink these days the trend is towards non-alcoholic gifts.[5][6] It was formerly more widely observed in the United States, and was more widely known as Boxing Day.

I am one of the few that do not hit the stores.
Mind you I remembered my local scrapbooking store was having a sale today :)
They are usually closed on Mondays.
So I checked her email she sent me and the store was open from 10:00- 3:00....that was at 3:05, lol.
Guess I wasn't meant to shopping after all.

I did get a visit from my friend Debbie and her hubby Gerry :)
Then we went to my SIL, Sharon's house for an awesome turkey dinner with all the fixins :)
My daughters call her the "Hostess with the Mostess" as she not only prepares a delishious meal, but all put out, all kinds of goodies :)

Hope you all had a wonderful Holiday :)
Our holiday lasts all week as everyone is off work for the rest of this week :)