The last of my goodies :)

I have been looking around my city for these Pitt big brush pens, and no where sells them.
So I was really looking forward to going to Blick's in Minneapolis.
I was not disappointed :)
There is so much goodness in this store, it is overwhelming if you don't know what you want…or even if you do ;)
They had a few large sets of Gelatos, but I thought I would play around with the ones I had already bought to make sure they are something I like to play with. 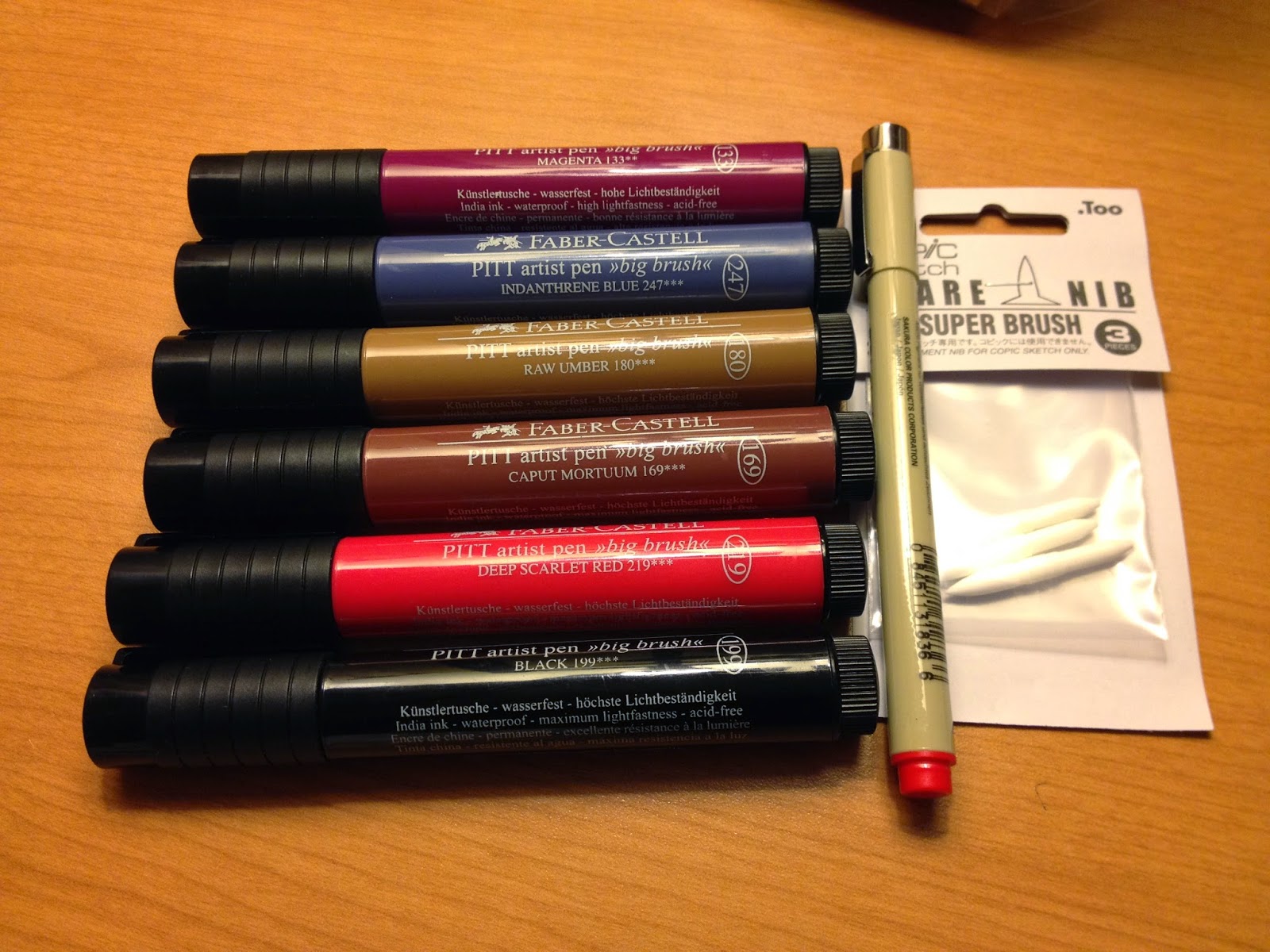 I also went to a Tuesday Morning.
I can always find something crafty in this store.
I see a future Christmas gift for one of my friends…one for me, one for them ;) 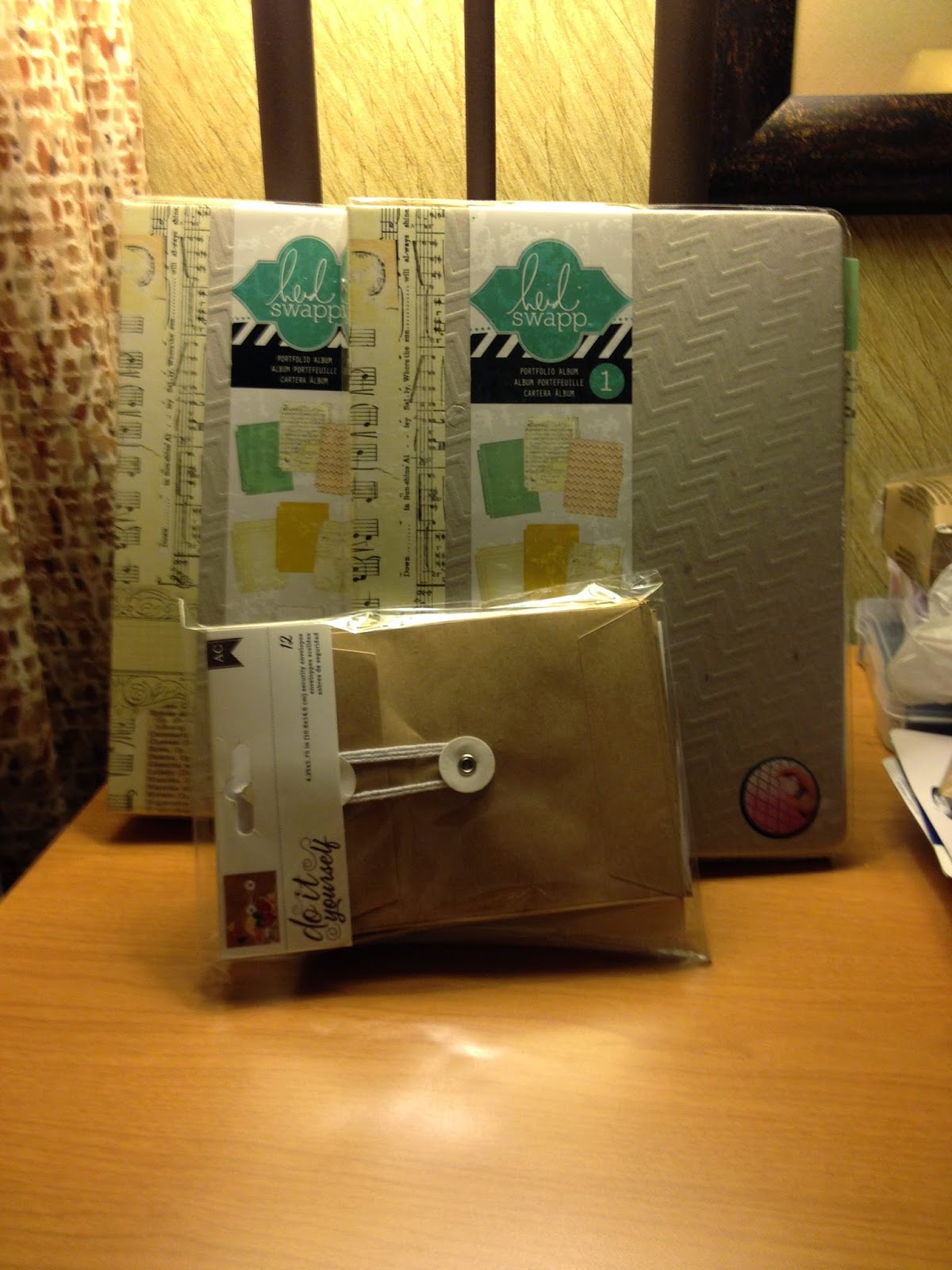 I have been looking around my city for this journal, and couldn't find it.
I know so many crafters had purchased theirs from Barnes and Noble.
The Barnes and Noble in Duluth had one, but it was pretty beat up and the inside pages were dirty.
They didn't have another one, but they had one in Minneapolis.
Actually they had 3 and they were still wrapped in their protective plastic :)
Funny thing, this was my top priority of things I wanted to purchase on our trip. 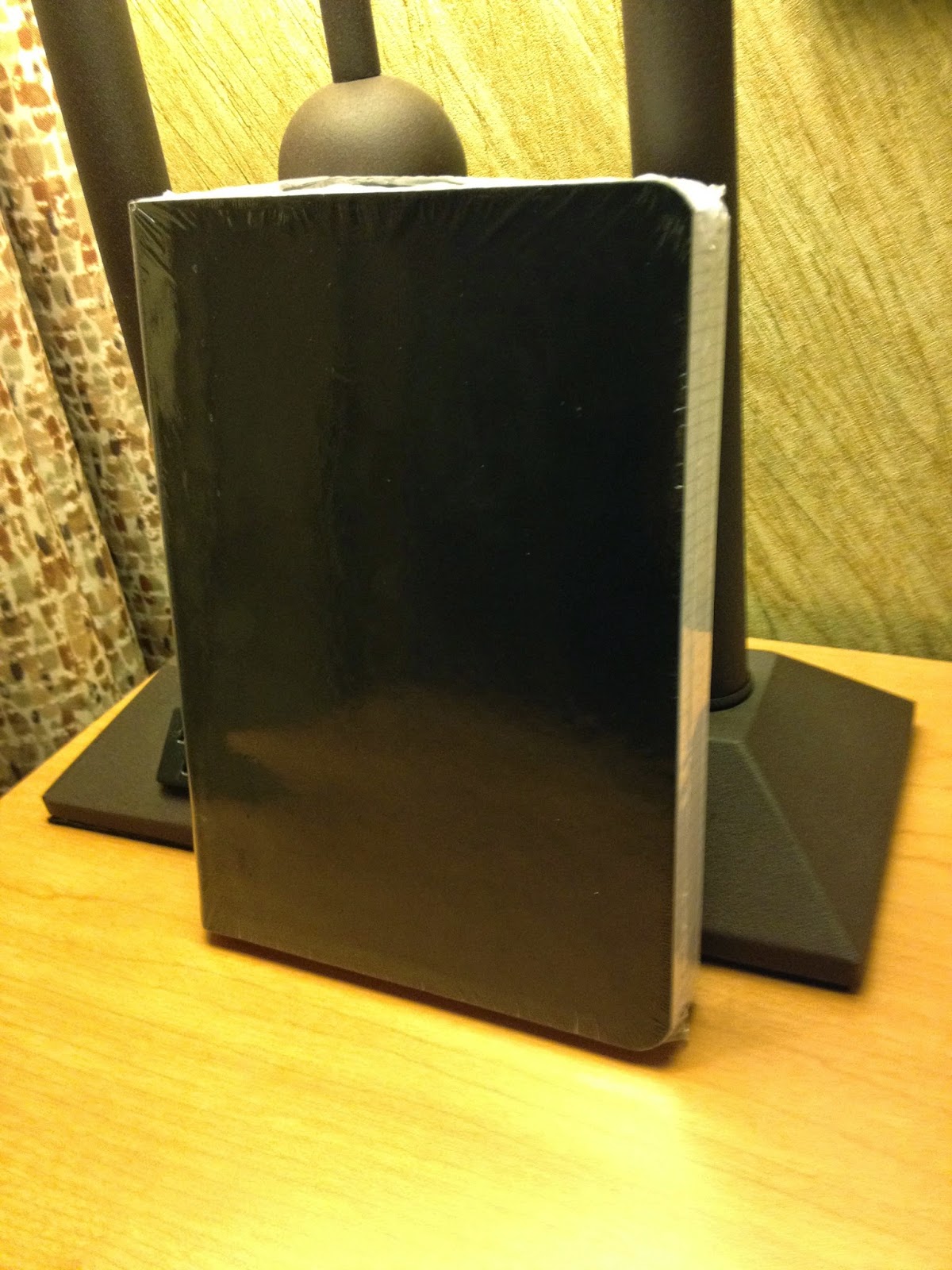 I still had a coupon left for Michael's, so Wayne suggested we go back and use it…got to love my man ;)
They had great deals in the Clearance section.
I know I mentioned before that I didn't like these Recollections sprays as they smelled so bad, like chemicals.
But for the price that they had them at, and I do like the colours, I just had to grab them.
As it turned out, the Walnut inks were already 40% off, so I couldn't use my coupon anyway.
I think Wayne was disappointed that I didn't want to go to Jo-Anns craft store.
But honestly, I have enough :) 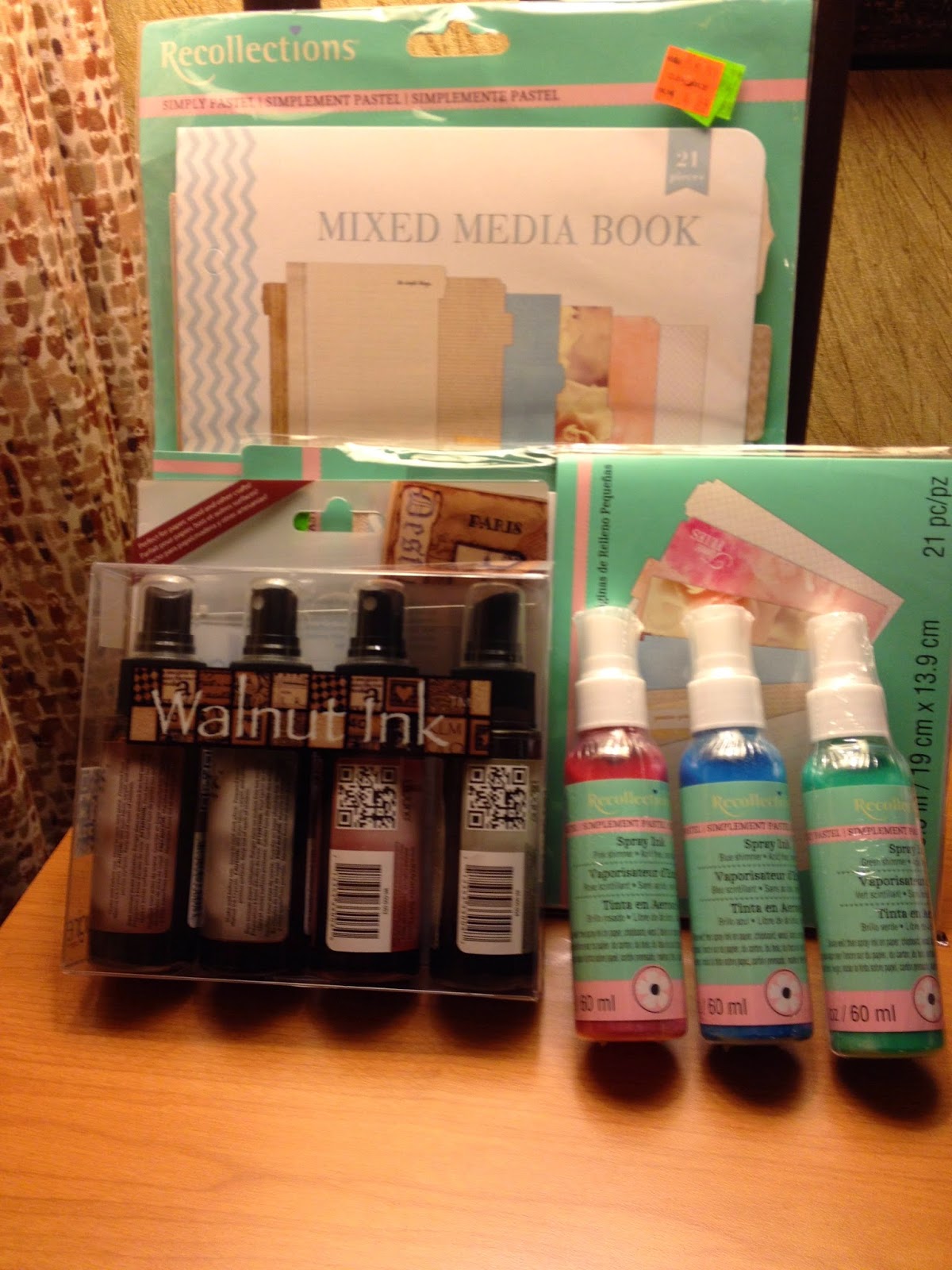 When we got back to Duluth, it started to snow.
I was actually woken up in the middle of the night to the sound of freezing rain on the window.
So took a quick photo.
When we woke up in the morning, Wayne said I had left my flashlight app on, on my phone.
I guess I was to tired and forgot to turn it off, when I turned the fan on to the heat/air conditioner to try and drown out his snoring ;P 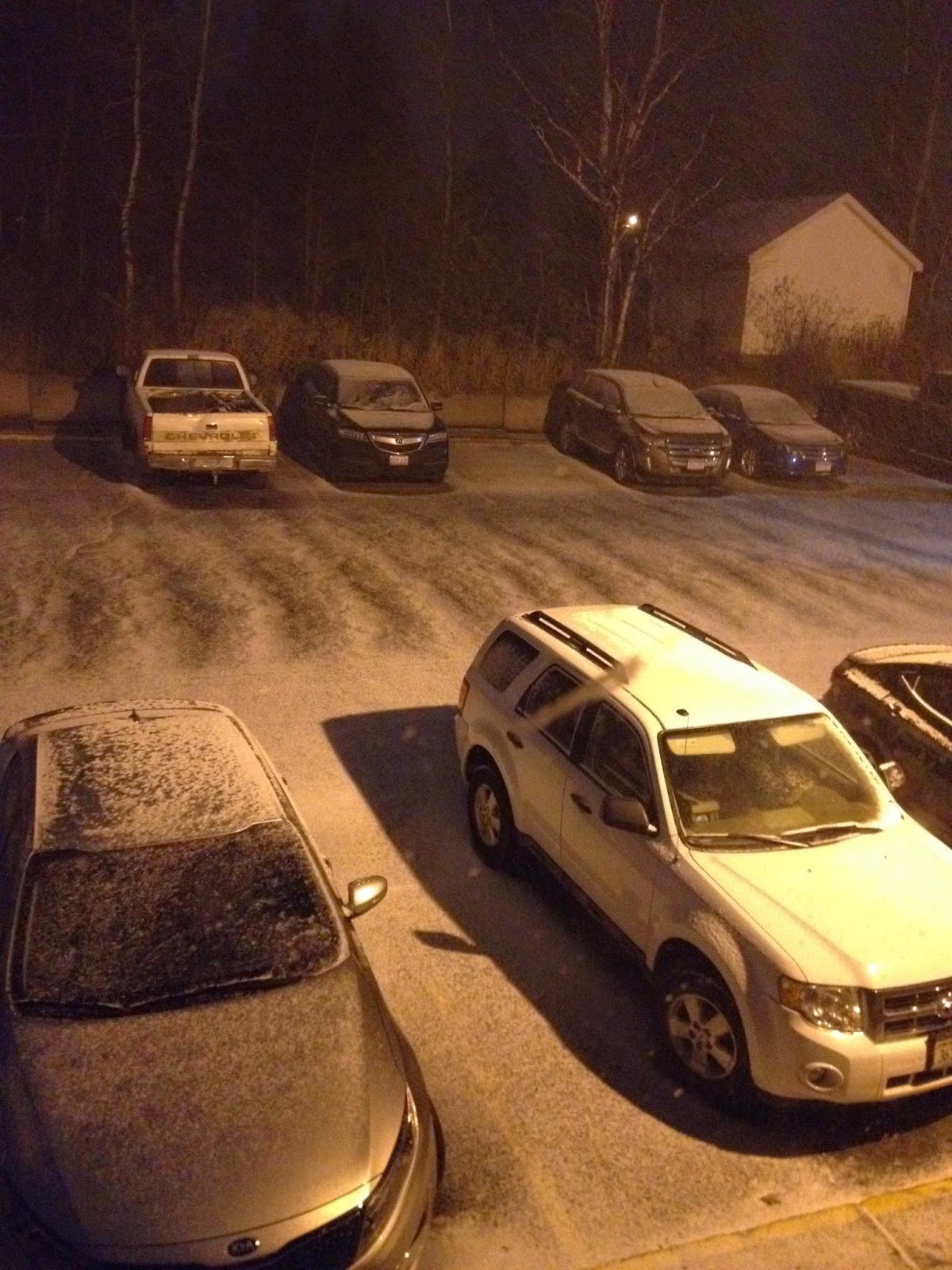 We left the hotel bright and early.
We had to scrape the windows and turn the heaters on high to melt the frozen snow off of our jeep.
But the weather was great for the drive home. 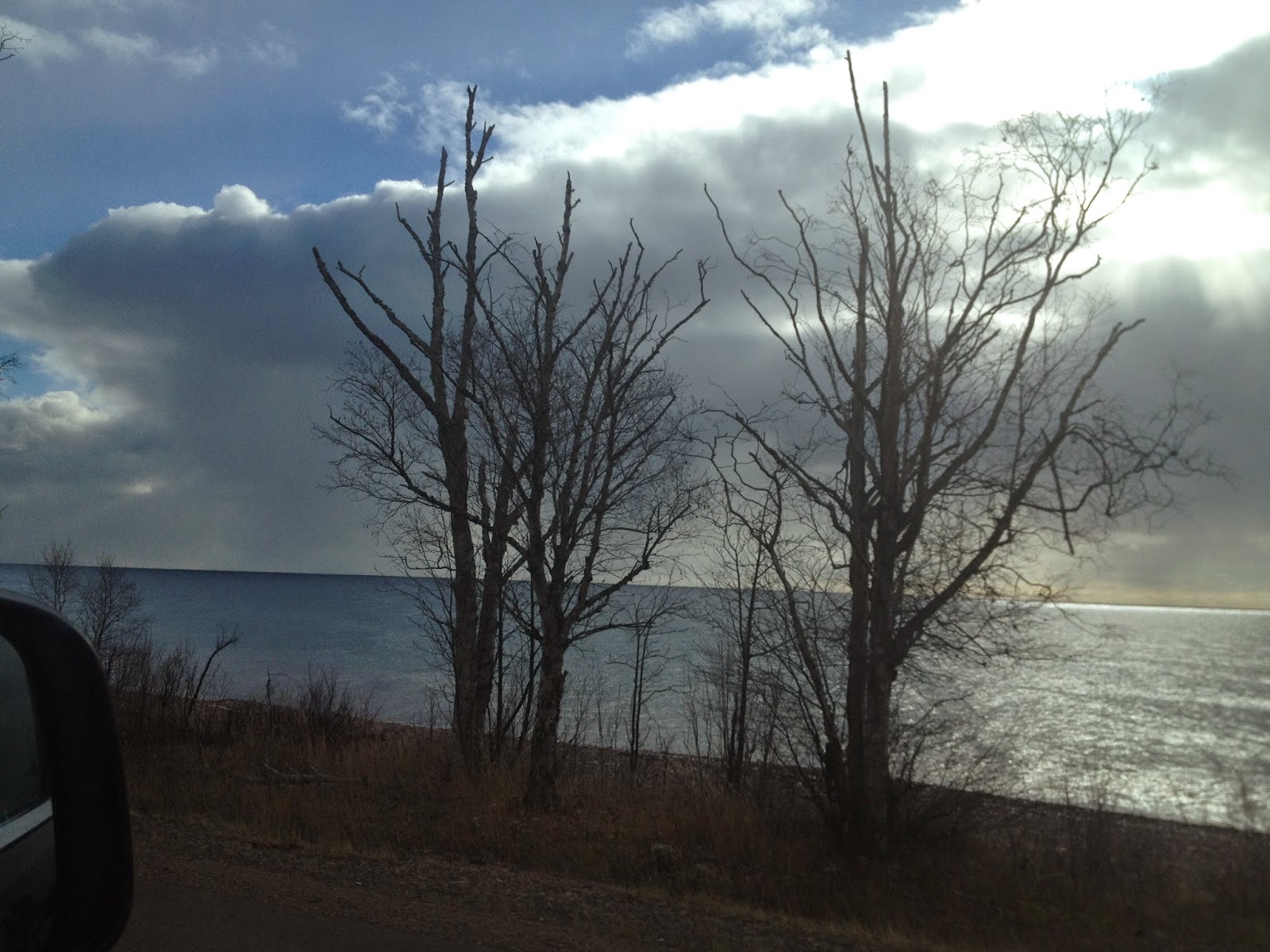 Look at the beautiful Lake Superior.
See the darker clouds moving in.
Once we crossed the Canadian border, it was like a welcome home with a short snow storm…nothing like coming home :) 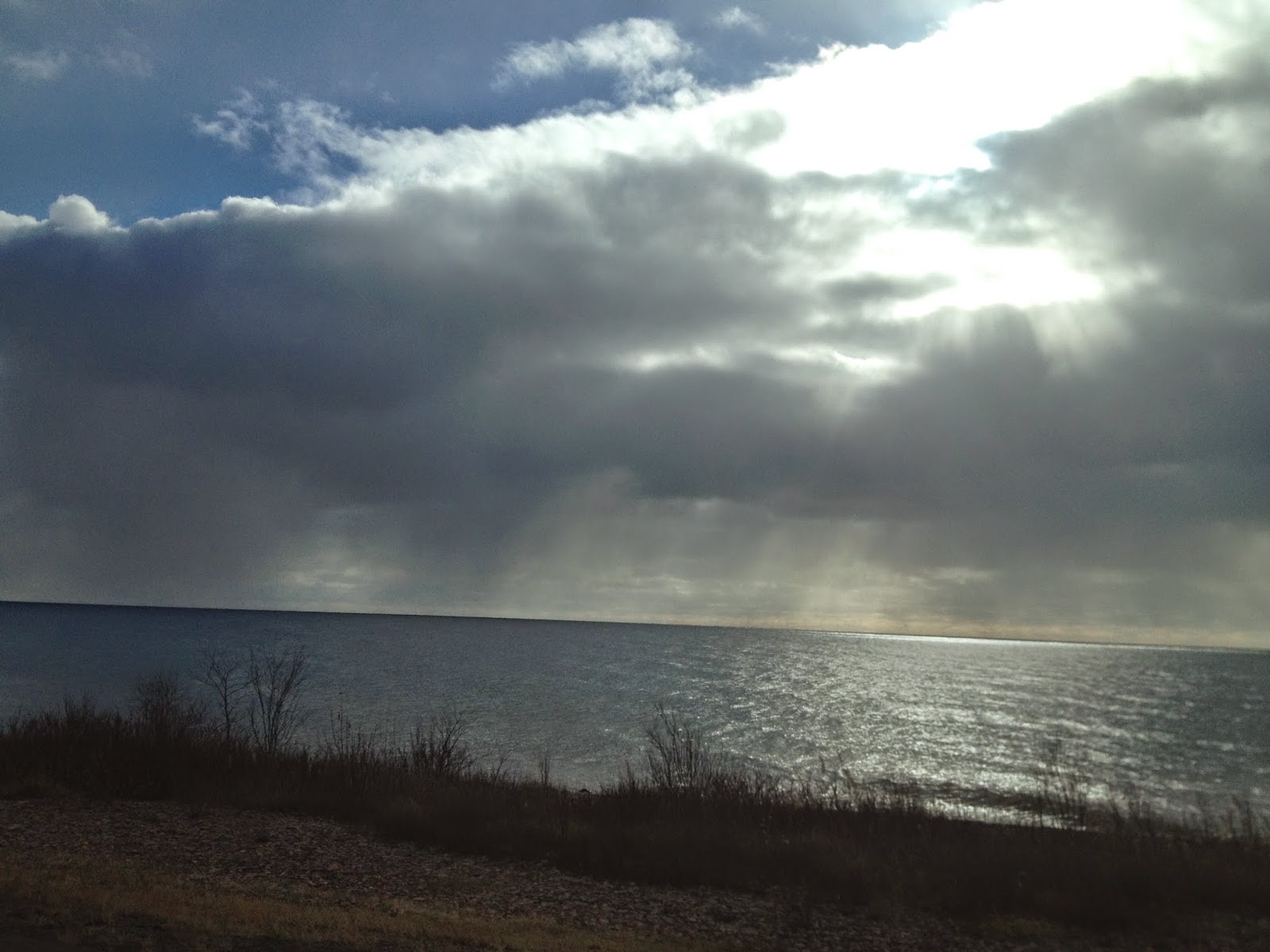 We were home for about a 1/2 hour when I received a phone call from Pine City Scrapbooking telling me that I had won a draw that I had put my name in when I was there yesterday :)
I guess I'm getting paid forward :)
They nicely told me that they will put my winnings aside until the next time we come down…so sweet.

I hope you all had a Creative Sunday.
Walking Dead for me tonight :)